Post 22 Academy is the developmental arm of Post 22 offering group and private instruction to both baseball and softball players throughout the Black Hills. 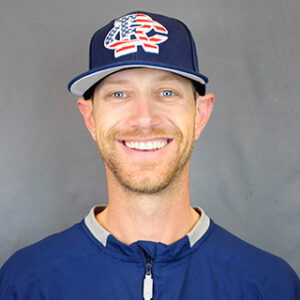 Coach Jason Herz is Post 22 Alumni and former collegiate All-American. He is currently serving as Post 22’s Director of Player Development and the Director of Post 22 Academy. Coach Herz’s personal playing and coaching accomplishments include:

“I have had the opportunity to work with Jason in Rapid City for a number of years as well as attend top flight clinics with him and watched him continue to learn. I highly recommend Jason as a pitching instructor for those who aspire to be their best”.
~Brent Strom, MLB Pitching Coach Houston Astros

“I’ve been blessed to work with Coach Herz the past several years. He has consistently proven why many consider him the best infield and hitting coach around. He helped me improve from an undersized average baseball player, into the player I am now. I wouldn’t be where I am today without coach Herz’s training and guidance”
~Cooper Bowman Rapid City Post 22 – Short Stop, University of Louisvile

“I worked with Jason in the past and thoroughly enjoyed the positivity, enthusiasm, and energy he brought to every workout. His passion for the game has always shown through in his instruction. I really enjoyed working with him and being around someone with a true love of the game”
~Sam Wolff, Minor League Pitcher, San Francisco Giants (AAA Affiliate)