Three Rapid City Post 22 players were named to the South Dakota Class A State American Legion baseball team that was released on Monday.

Bachman finished with a .411 batting average and 1.206 on base plus slugging percentage, with seven home runs, 54 runs batted in and 76 runs scored. 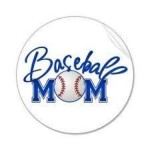